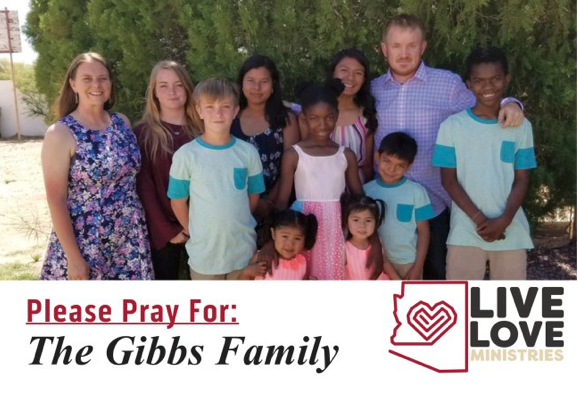 Christmas in the Villages

I seriously think this has been the best Christmas ever!!  I cannot put into words how awesome it has been receiving the presents that many of you have sent to the kids that live in the villages of Cockleburr and Chuichu.

It took us the majority of a week to sort and wrap the presents that were sent.  Many times I would look at the name of the child and then sort through the presents to see what they had received, and tears would come to my eyes knowing how much they were going to love the presents that they received.

It was just so awesome to know that the kids were receiving gifts that were specific to them.  To know that someone knows their name and shopped specifically for them and prays for them daily; it just gives me goosebumps thinking about it.

We filled up two rooms and a hallway with the presents, and we enlisted some help from our youth to wrap some of them.


We finally got all of the presents sorted and wrapped, and then it was time to load them up.

The first night we went to the village of Cockleburr.  It was actually pretty cold outside and we had to meet inside Cindy's house.  First, we gathered all the kids and adults together and we read (more like talked through) the Christmas story and the birth of Jesus.  Then, we had cookies and hot chocolate.  Then, it was present time.

All of the kids, with the exception of one family (the 2 kids shown above), saved their presents to open on Christmas Day.  For the majority, the presents that were sent are the only presents they will be getting for Christmas.

The next night we went to the village of Chuichu.  It was amazing driving into the village that night.  I (Brittany) was driving the church van with our 2 kids and Eric was behind me in his truck with all the presents.  As soon as we rounded the corner to the road we needed to be on, the kids came running toward the van- almost in the middle of the road.  I stopped in the middle of the road and they all started piling in the van.  We filled it up right away.  I had to go drop them off and then we went back and picked up more kids and filled the van up again!!

We found out immediately as we were getting everything set up that there were more kids there than filled out papers.  Actually, there were 20 kids there that we didn't have presents for. We had brought some extra, but after counting it still wasn't enough.  So, we called our friend Doug and asked him to bring some more out.

It was a great night!!  The kids were so well behaved and they listened so well.  Many of the parents came too.  They all sat down and I read/taught them about the birth of Christ and what the first Christmas was like.  For many, it was the first time to hear.  They thought I was going to tell them about Santa Claus, but as I talked their eyes stayed focused on me and they were excited to hear about the true meaning of Christmas. 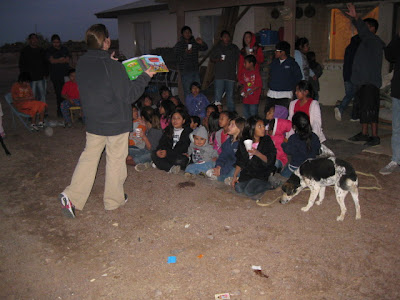 We also had a time of eating cookies and drinking hot chocolate before passing out the presents.  When we opened up the truck to start passing out the presents, their eyes lit up.  They kept asking, "How did you buy these many presents?"  And we answered, "We didn't buy them.  People all over the country did.  They sent them here just for you.  They love you and are praying for you."  They couldn't believe it!!

When we left that night, I had so much joy!!  The kids and parents were truly thankful.  I went away excited to know that there was going to be 100 kids who would have something to open up for Christmas this year.  But I was more excited thinking that 100 kids plus some parents knew the reason for Christmas- JESUS.  And not only did they hear about him, they felt his love sent from around the United States!  The seed was planted.  I pray that we get to be apart of the harvest!!!!

From the bottom of our hearts, thank you to those who made this year the best Christmas ever!!!!

We love and appreciate you!  We thank you for your support and prayers as we finish up our first year in AZ!!

P.S. We are blessed to be able to spend Christmas with our families this year in KY.  So you probably won't hear from us for a couple of weeks as we relax and celebrate Christmas and the New Year with them.  We'll be back in full swing after that!!  Merry Christmas and Happy New Year!!
Posted by The Gibbs Family at 3:03 PM No comments:

Give This Christmas Away


If you have not heard Matthew West's song or watched this video, please do.  Amazing song!!

I just wanted to take a minute to say "thank you so much" to all of you that are truly giving this Christmas away!  So many of you have sent packages of presents or money to help us with our "adopt a child for Christmas" project (for lack of a better word).

Sometimes I wonder why God allows us (and by us I really mean me) to be apart of His work.  I really lack faith sometimes.  When we started to work on what God was leading us to do this Christmas, I thought to myself, "There are so many kids who need to be loved this Christmas.  There is no way we will find enough people to sponsor them."   I am sure when I had that thought God laughed out loud :)

I have had so much fun doing this.  I think I'm probably more excited than the kids are/will be.  I love getting a knock on my door from the UPS man or FEDEX man. We have become friends :)  I love going to the post office to get a card in our mail box that says there are too many packages to fit.  One day last week, I had 18 HUGE boxes to pick up.  They barely fit in my van!!!


We have one room completely packed with presents everywhere!

We will be taking the presents at the end of this week to pass out.  I will try my very best to capture the faces and smiles of each child (without being tacky and making them feel like a charity case) and will post an update.

Please pray for us as we go to two different villages to pass these out.  We know the kids will be excited for the presents, but we are going to be sharing the story of the birth of Christ and the true meaning of Christmas with them first.  For some of them, it may be the first time to ever hear.  Pray for open ears and open hearts and for the chance that some may come to know Christ as their personal Lord and Savior.  What a true Christmas gift that would be!!!

Once again, thank you to those who gave this Christmas away to the kiddos here.  If you weren't able to give here, I pray that you give it away in your own towns and cities.  Don't miss the blessing of giving!!!

Brittany﻿
Posted by The Gibbs Family at 1:15 PM No comments: